Animals who served in the war

You’ve probably seen it, or heard of it – Channing Tatum’s new movie ‘Dog” which shines the light on military working dogs. But did you know that animals of all kinds have long served in the military. Horses, donkeys, mules, camels, elephants, pigeons, canaries, monkeys, bears, lions and cats have all been used in war.
Without their help, victory may not have been achieved. Today, on a day of remembrance, join me in honoring these animals.

The roles of horses in war

Horses have always been a vital asset in war, they can carry supplies and artillery, as well as provide a means of transportation for people. One of the most 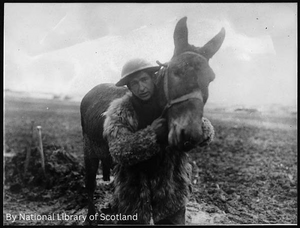 famous horse breeds used in war was the Thoroughbred who served valiantly during WW1 and WW2. They were often used to pull artillery or supply wagons.

Horses also had other important roles such as carrying officers and messages. For example, Cossack Cavalry troops carried messages from one headquarters to another across dangerous battlefields that could not be crossed by motor vehicles.
Since horses are sensitive creatures, some developed psychological problems because of their work in wartime.

There is one story about a cavalry stallion named Black Beauty whose job it was to draw carts filled with ammunition into battle zones so his master could fire the guns at enemy targets. When the day’s work was done he would lie down in exhaustion and tremble violently for hours on end before finally sleeping soundly.
Horses are still used by armed fighters in developing countries, but most developed countries no longer utilize horses in their warfare.

The roles of dogs in war

Dogs, sometimes referred to as war dogs or military working dogs, were an important part of many armies during WW1 and WW2, and still are into present day.

War dogs were not an official unit in World War I, but on March 13, 1942, a private organization named Dogs for Defense was established, and officially began to recruit the dogs for the U.S. military’s K-9 Corps. It’s through this that the Doberman Pinscher became quickly linked with the U.S Marines through the help of the Doberman Pinscher Club of America, even given a rank and beginning as privates.

The work of war dogs is invaluable and they perform many roles, including first aid, casualty detection, tracking, explosive detection, patrolling, search and rescue, and attacking. But they also provide emotional support to their handlers.

Gander, a Newfoundland dog, is a Canadian war dog credited with saving the lives of many soldiers when deployed to the battle fields in Hong Kong Island in December of 1941. Incredibly smart, brave and loyal, Gander would bite the heels of invading troops during night time battles, and covered by darkness and his black fur hard to see, he became known (and feared) as the “Black Beast by the enemy forces.

On December 19th, just after midnight, Gander made his final heroic maneuver and retrieved a live grenade that had landed near a group of injured soldiers. He valiantly ran off with his in his mouth. The grenade exploded and Gander was killed but seven soldiers lives were saved.

On October 27, 2000, Gander the Canadian war hero dog was posthumously awarded the Dickin Medal for Gallantry by The People’s Dispensary For Sick Animals.
The ceremony was the first time the award had been given since 1949. Twenty surviving members of Ganders regiment attended the ceremony where Fred Kelly (with a Newfoundland dog in tow) accepted the reward on behalf of Gander. The medal is on display in the Canadian War Museum in Ontario.

The emotional connection of soldiers and war dogs

Dogs help soldiers on the front lines by keeping them company, boosting morale, and providing a sense of security.
The emotional connection can be so strong that when a solider loses his dog, he/she often feels as if he/she’s lost a comrade in arms.

“I’m not sure what my emotions would be like if I didn’t have Joey”, said one solider about his military working dog.

“We take care of each other. I think dogs are able to do that because they can give unconditionally. They don’t judge you or look at you differently. And for someone who’s in a really tough spot, who needs something else to focus on and rely on, I think it can make all the difference.”

Another soldier explains, “When you’re deployed to Iraq, and the guys in your squad will get killed, people will forget about their death very quickly. But when your dog dies there is an outpouring of emotion. It seems these animals are essential for creating this deep human bond; which is needed for soldiers to feel connected during wartime.”

A day of remembrance

Human soldiers are generally looked at as heroes, but there are other heroes who may not be so well-known – animals who risk or have given their lives to serve our country. They supported military operations by providing transportation for troops, carrying supplies, and providing first aid.
There are many memorials and statues dedicated to them, like the life-size bronze statue of a soldier being aided by a horse in Gettysburg National Military Park.

Take time this holiday weekend to remember all those who have served our country as both soldiers and animals alike. Share your stories about how these special creatures impacted you or a loved one. Together we can show appreciation and honor all who protect, and defend, our freedom.

Get notified about exclusive offers every week!

How Do I Train My Dog To Stop Digging Holes

Cats Vs Dogs: Cats are Better